By: Andrew
Tag: Peace & Humanity Day
Comment: Comments are off

Adam Khan (age 9) from London, United Kingdom, is an American, British, and Australian citizen with Indian and Pakistani heritage.

As an incoming 5th grader at the King’s College Junior School in Wimbledon, he received the highest honor for his WWII history project and continued on to published a book containing interviews with WWII veterans and survivors.

Adam, as the Child Ambassador for Peace of this year’s International Peace & Humanity Day, delivered an extraordinary speech on Shelter Island on August 5, 2015. His sincere and heartfelt call for world peace was both powerful and moving.

Thank you Adam and the Khan family for your journey across the globe to join us in wishing for world peace at IPHD 2015. 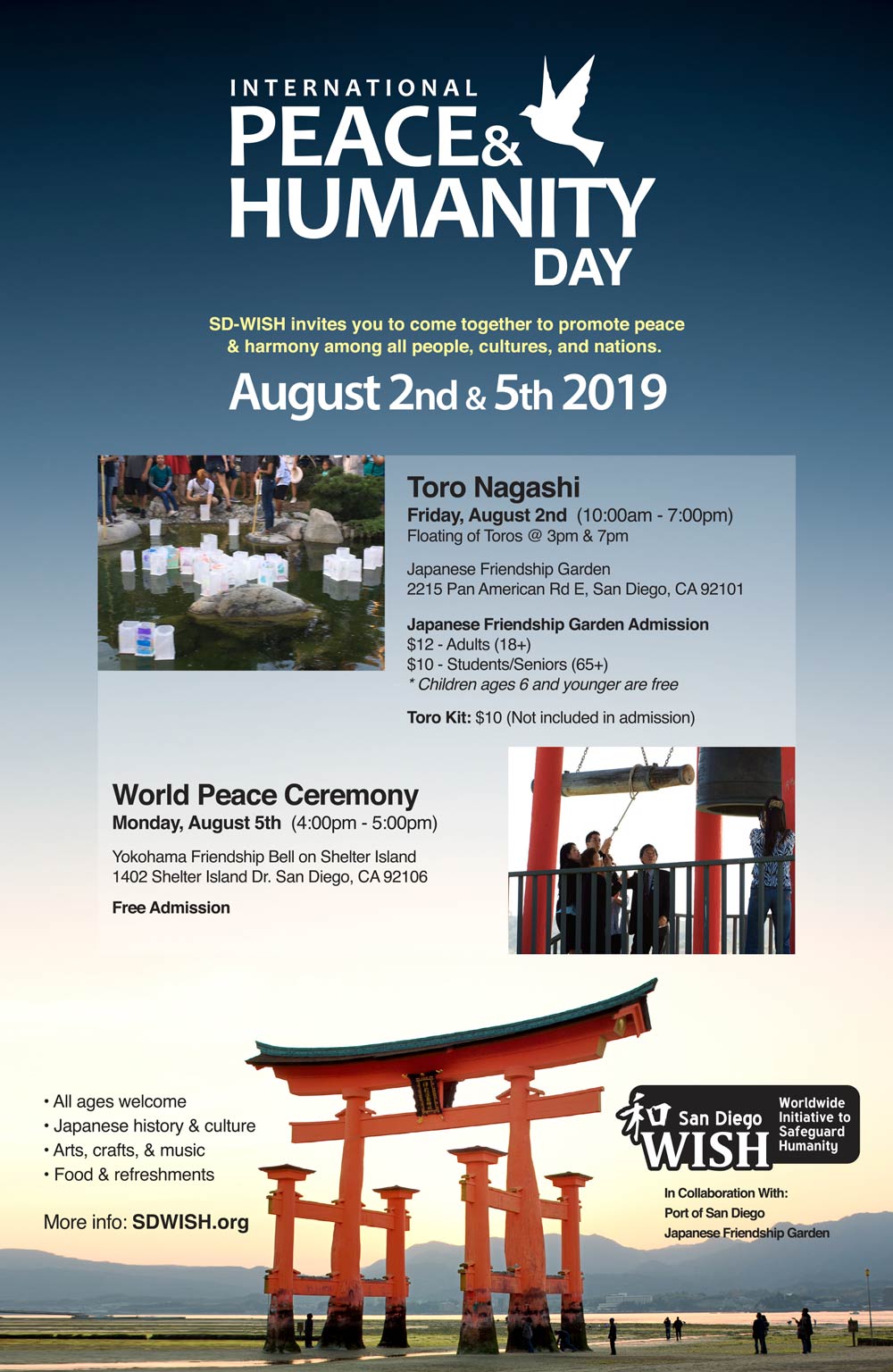 San Diego-WISH is a non-profit organization that promotes peace and harmony among all people, cultures, and nations.

SD-WISH is based in San Diego, CA

Message from the Mayor of the City of Nagasaki

Message from the Governor of Hiroshima Prefecture